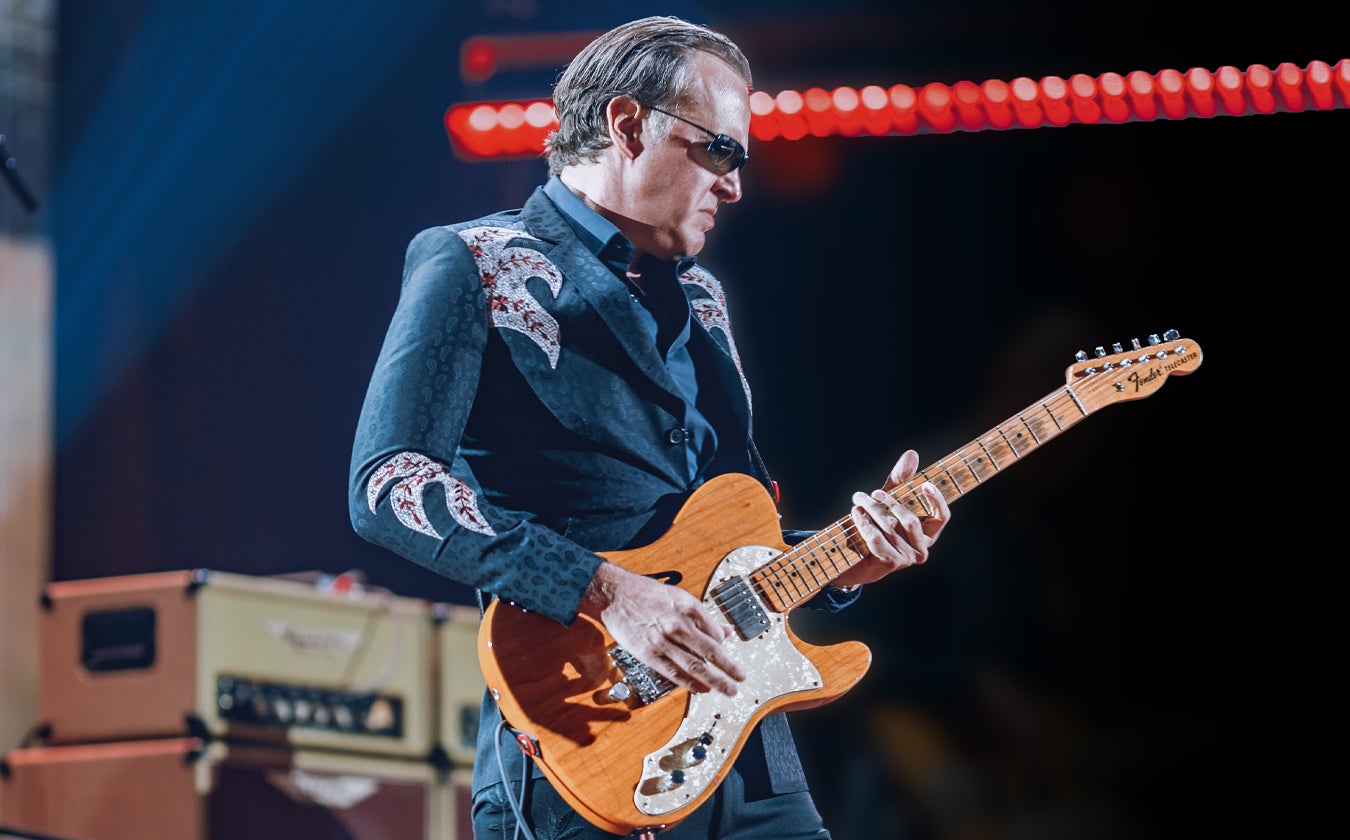 Blues-rock superstar Joe Bonamassa is one of the most celebrated performing musicians today. A three-time GRAMMY-nominee, Bonamassa earned his 25th No. 1 on the Billboard Blues Album Chart, with his latest studio album Time Clocks.

Cited by Guitar World as “arguably the world’s biggest blues guitarist,” Bonamassa is known for taking risks and venturing into uncharted territory throughout his wide-ranging career, and his latest studio album Time Clocks marks his most raw, rocking album yet, with American Songwriter sharing, “Bonamassa pushes into fresh territory while staying within a blues-based framework,” and “there is more than enough proof in this sprawling set that Bonamassa doesn’t intend to rest on his laurels or take his star status in the blues-rock genre for granted.”