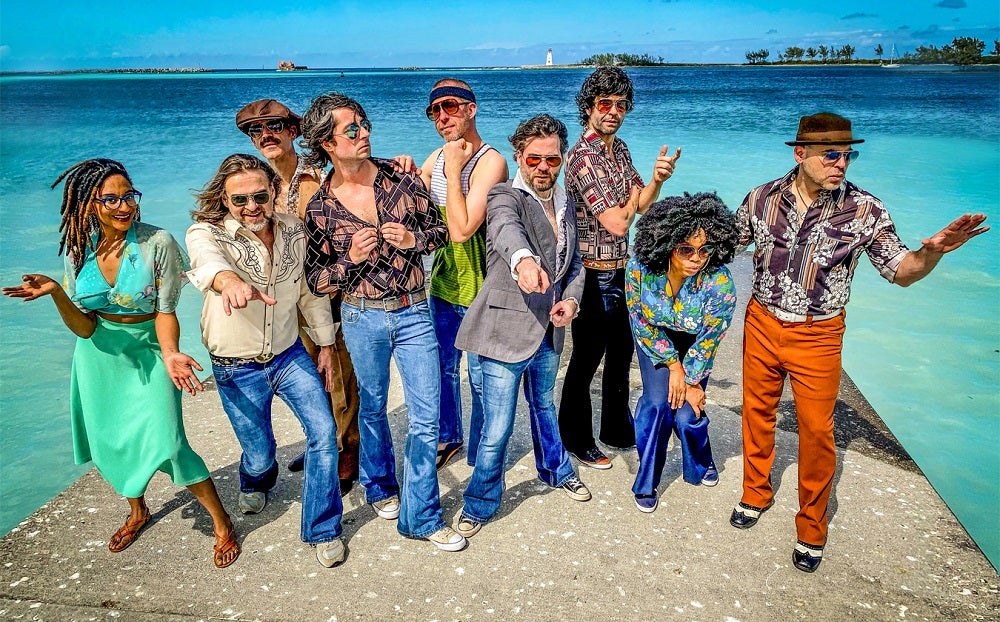 St. Augustine Boat Sales & The Outboard Shop at St. Augustine Shipyard will be at the Amp this Saturday, captaining the party before the show! Swing by the Amp Box Office to check out their boats, pick up some party supplies and get ready to yacht rock the night away!

What is left for Yacht Rock Revue to prove? This top-notch group of musicians has already rocked onstage with John Oates, Eddie Money (RIP), and both versions of the band Player. They’ve trademarked the term “yacht rock,” both metaphorically and literally (U.S. Registration Number 3834195). From humble beginnings in a basement, touring in partnership with Live Nation and Sirius XM, they now headline sold-out shows across the country, from Webster Hall in New York to the Wiltern in L.A. While rising from bars to amphitheaters, they’ve ticked every box on the Rock Star Accomplishments bingo card. Except for one: Writing and singing their own songs.

Yacht Rock Revue’s first original record is ten songs inspired by the smooth sounds of the Seventies and Eighties. They’ve brazenly titled it Hot Dads In Tight Jeans – forgive them for bragging, but that’s what they are – and it returns Yacht Rock Revue to their roots in original music.

“I had a midlife crisis. That’s why we made this album,” says Nick Niespodziani, the group’s singer, guitarist, and spiritual leader. “Everyone in the band is a dad now, so we needed to make this happen, before we become grandpas. I’ve sung ‘Escape’ by Rupert Holmes at least a thousand times, and if that isn’t paying your dues, I don’t know what is.”