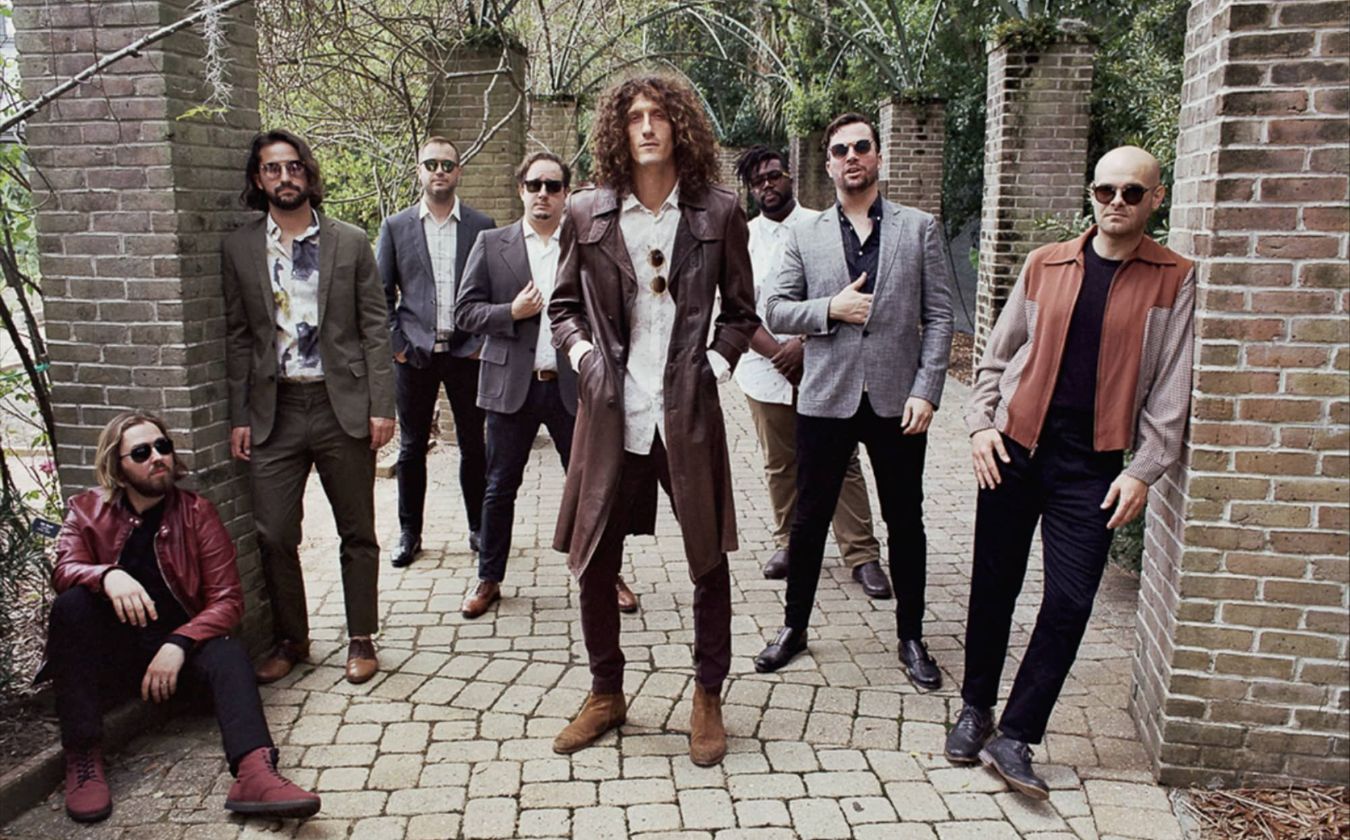 "While recent news and vaccine roll outs continue to bring hope into our hearts that we may be back on the road soon, we have come to the tough decision that in the interest of everyone's health and well-being we will be postponing our non-socially distanced spring dates to this upcoming fall. Refunds will be available at the point of purchase for those who can not attend the rescheduled dates. We thank you all for being patient and understanding, we can't wait to be back with y'all again as soon as it is safe!" - The Revivalists

The Revivalists performance previously rescheduled to May 28 has now moved to September 30, 2021. All previously purchased tickets will be honored at the new date, no new ticket purchase is needed. For those that cannot attend the rescheduled date and wish to request a refund, the deadline is August 30, 2021. For more information, please visit HERE.

Some people say luck is the intersection of hard work and opportunity. The Revivalists have been on an unbelievable ride where ten years of tireless hard work was unexpectedly revved up by the wrongly dubbed “overnight success” of the gold-selling #1 single “Wish I Knew You.” Like any enduring band worth its salt, they set their sights on what’s next, buckling down and turning up with an album full of tunes marked by moments of sonic complexity, celebration, and catharsis, taking their songcraft to a whole new level. All My Friends, produced by GRAMMY-nominated producer/songwriter Dave Bassett [Elle King, Vance Joy] and co-written by Bassett and front man David Shaw, signals this newfound depth and ambition.

For the first time, The Revivalists recorded and co-wrote with multiple producers and writers, enlisting the talents of Dave Cobb [Sturgill Simpson, Chris Stapleton], Andrew Dawson [Kanye West, Fun., Sleigh Bells], and Bassett for sessions in New Orleans as well as Nashville, where they recorded at the iconic RCA Studio B, soaking up the aura of one of the most storied studios in music.

Representing a vast swath of the country and defying regional pigeonholes, David Shaw’s [lead vocals, guitar] roots are in the Rust Belt, while Zack Feinberg [guitar], Ed Williams [pedal steel guitar] and George Gekas [bass] hail from the Tri-States and Michael Giradot [keyboard, trumpet] and Rob Ingraham [saxophone] from the Southwest. Andrew Campanelli [drums] cut his teeth in the DC scene and newcomer PJ Howard [drums, percussion] made his bones in Chicago. Since forming in New Orleans, the group quietly grinded one gig, song, and album at a time.  Seven years in, the lead single “Wish I Knew You” from 2015’s Men Amongst Mountains became a slow-burning hit, racking up more than 200 million streams and ascending to #1 on Adult Alternative as well as Alternative radio where it set a record for most single-week spins ever at the format. A mainstream phenomenon, the song found traction at Hot AC and Top 40 and spent nine weeks on the Billboard Hot 100. The band performed on Today, Jimmy Kimmel LIVE!, Ellen, and Conan amongst acclaim came from the likes of Billboard, USA Today, Entertainment Weekly, Forbes, Flaunt, Nylon, Buzzfeed, Uproxx and more, with Rolling Stone naming them among “10 Artists You Need To Know.” A Billboard Music Awards nomination and two nods at the iHeart Radio Music Awards would follow, capping off three years of back-to-back sold out headline tours.