The St. Augustine Amphitheatre's history goes way back, as its home lies in the nation’s oldest city — let us take you back in time and give you a glimpse into the story that made The Amp what it is today!

Colonial History of The Amp

Let’s start with St. Augustine itself, the oldest city in the United States that The Amp has been able to call home — that’s one fact you’ll probably remember, because no other venue can say that about its location!

Now for a little history lesson: In 1565 the Spanish explorer, Pedro Menendez de Aviles, landed on the shores of St. Augustine and established the first permanent European settlement. The city was rich with resources, including coquina, a sedimentary rock that was utilized to construct numerous buildings in St. Augustine, including the Castillo de San Marcos, the fortress built to defend the city. The Amp rests on land that was once part of the coquina quarries where extensive mining operations of the local shell stone took place in colonial times. In 1773, the famed naturalist William Bartram visited the coquina quarries and recorded the flora and fauna of the area. Today, Amp visitors can walk the grounds and find remnants of these quarries — what a cool way to discover a piece of history.

Fast forward into the future…

In 1965, St. Augustine celebrated the 400th Anniversary of Menendez’s founding of St. Augustine and the community pulled out all the stops to prepare, including revamping the historic core of the city, renovating the Cathedral Basilica and restoring the City Gate.

The plans also included constructing two key monuments that would live well beyond the city’s birthday party. One was the Great Cross at the Mission Nombre de Dios, and the other was the St. Augustine Amphitheatre.

Although, The Amp is now best known as a world-class music venue, it was constructed for a singular purpose — as the stage and setting for a symphonic outdoor drama by Pulitzer-prize winning playwright, Paul Green. The play, titled “Cross and Sword,” was a retelling of the arrival of Menendez and the founding of St. Augustine.

The original building of The Amp was a true community project, and still to this very day, The Amp brings the people of St. Johns County together, unifying and offering experiences everyone can share. Now back to where it all began, the original site was secured in 1960 by W.I. Drysdale when a 40-acre tract of land in Anastasia State Park was leased to the Board of Directors of Cross and Sword, Inc. from the State Board of Parks and Historical Memorials on behalf of St. Augustine’s 400th Anniversary Corporation. Additional approval was given by U.S. Department of the Interior, the original owner of the land. Something of this scale required quite a bit of money, but that was an obstacle that was overcome with the determination and support of the entire community.

Big changes began in 1988 for The Amp, while the 24th season of Cross and Sword ran from June 17th to August 27th that year, for the first time there was a huge push to fill up the calendar with other events during the off season. In the decade that followed, the stage hosted a number of other theatrical productions including “Pirates of Penzance,” “Tom Sawyer,” “A Christmas Carol” as well as musical events.

In 1997, after a 32-year run, “Cross and Sword” had its final curtain call. The Amp was in poor shape with a leaky roof, holes in floors, damaged seats, peeling paint and more. In June of 1999, facing $3 million of necessary repairs to the space, the Board of Directors of Cross and Sword asked St. Johns County to assume control of the site. By December, a seven-member Board of Directors was established, with the Board of County Commissioners appointing five members, and the Tourist Development Council and the St. Johns County Recreation Advisory Committee each appointing a member as well.

On October 26, 1999 the St. Johns Board of County Commissioners approved a 30-year lease with the State’s Board of Trustees of the Internal Improvement Trust Fund. With the signing of the new lease, the County also committed to a 5-year, multi-million dollar renovation and fundraising campaign that hit the ground running in 2000. In October of 2001, a master plan for The Amp produced by Fred Halback and Les Thomas was approved. After five years of construction, The Amp re-opened with a new capacity of 4,100 music fans, four concession stands, a large plaza and an elaborate arboretum with walking trails. 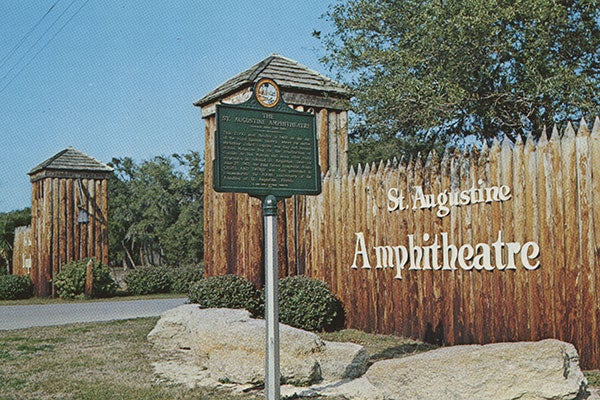 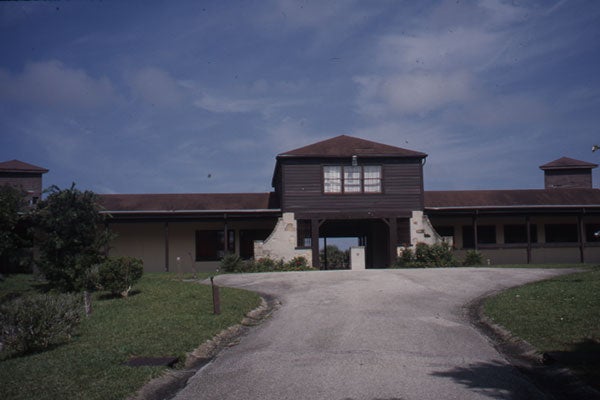 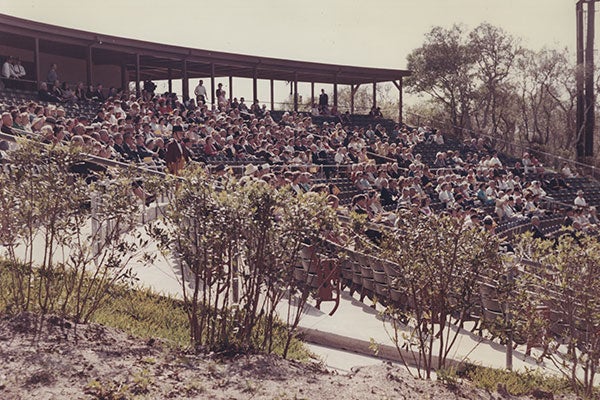 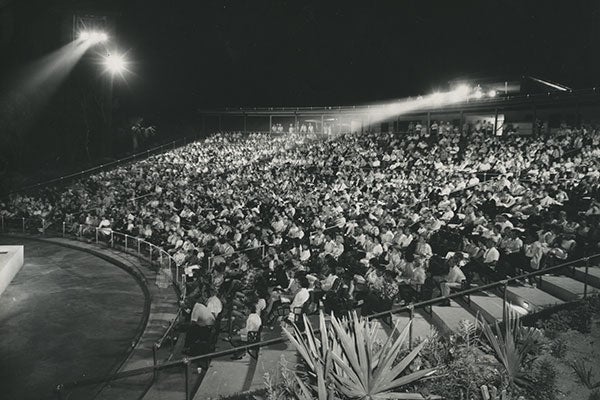 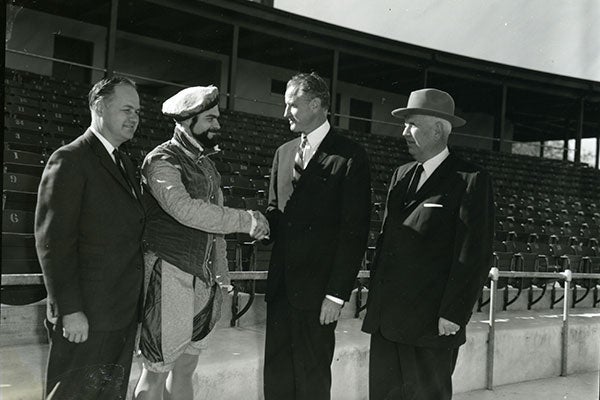