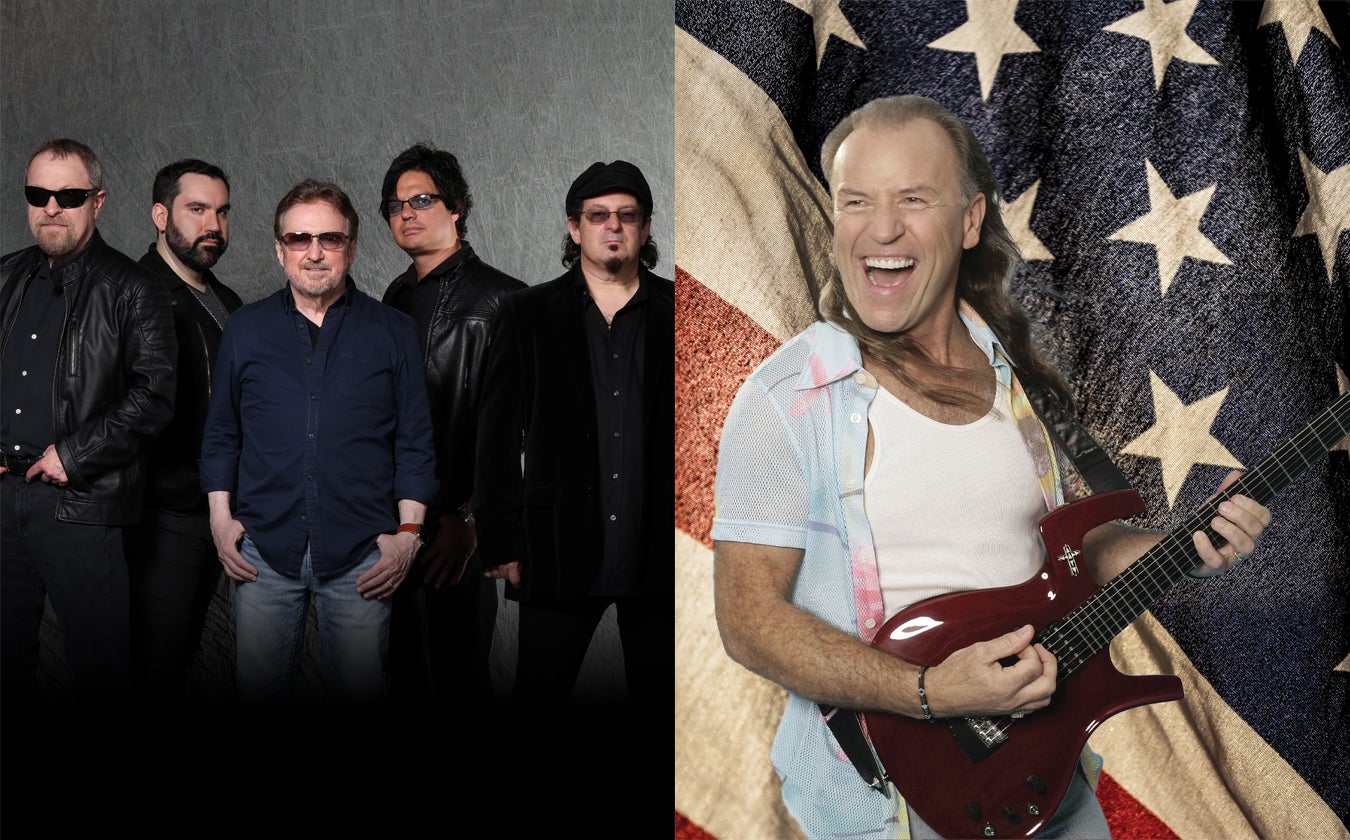 For over four decades, Blue Öyster Cult has been thrilling fans of intelligent hard rock worldwide with powerful albums loaded with classic songs. Indeed, the Long Island, NY-­‐based band is revered within the hard rock and heavy metal scene for its pioneering work. Blue Öyster Cult occupies a unique place in rock history because it's one of very few hard rock/heavy metal bands to earn both genuine mainstream critical acclaim as well as commercial success.

The band is often cited as a major influence by other acts such as Metallica, and BÖC was listed in VH1's countdown of the greatest hard rock bands of all time. BÖC's canon includes three stone-­‐cold classic songs that will waft through the cosmos long after the sun has burned out: The truly haunting "(Don't Fear) The Reaper" from 1976's Agents of Fortune, the pummeling "Godzilla" from 1977's Spectres, and the hypnotically melodic "Burnin' for You" from 1981's Fire of Unknown Origin.

Legendary all-American frontman and guitarist Mark Farner was the engine that pulled the original Grand Funk Railroad to the top of the charts, and today he’s a platinum recording artist 30 times over. At age 67, Farner commands the stage with the same intensity and outpouring of love as he did at 20 during the summer of ’69, and his fans are still flocking to their captain. The rock patriot’s synergy and open heart come through in epic hits that defined a generation—“I’m Your Captain (Closer to Home),” “We’re An American Band,” a recut of “The Loco-Motion,” and “Some Kind of Wonderful”— and “rock star” is only one facet of this Michigan-born son’s legacy. Farner is also about as real as they get: He’s a husband, in his fourth decade of marriage to wife Lesia. He’s a family man with five adult sons. And he’s a caregiver.