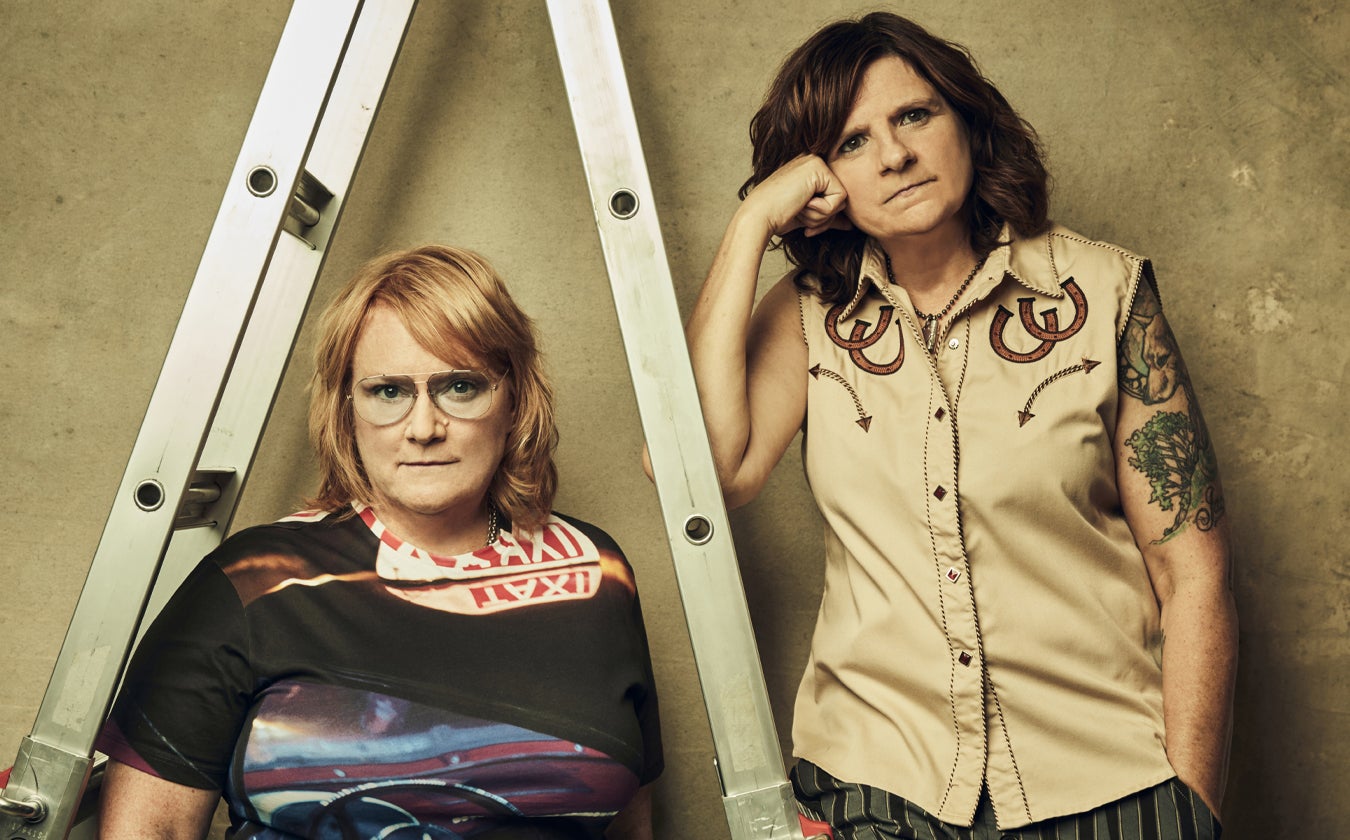 Never ones to rest on their laurels, Indigo Girls embarked on a bold new chapter in 2012, collaborating with a pair of orchestrators to prepare larger-than-life arrangements of their songs to perform with symphonies around the country. It was a challenging endeavor, to say the least, but the Grammy-winning duo managed to find that elusive sonic sweet spot with the project, creating a seamless blend of folk, rock, pop, and classical that elevated their songs to new emotional heights without sacrificing any of the emotional intimacy and honesty that have defined their music for decades. Now, after more than 50 performances with symphonies across America, the experience has finally been captured in all its grandeur on the band’s stunning new album, ‘Indigo Girls Live with The University of Colorado Symphony Orchestra.’

Recorded in front of a sold-out audience in Boulder, CO, and deftly mixed by Grammy winner Trina Shoemaker (Sheryl Crow, Emmylou Harris), the record showcases Indigo Girls at their finest: raw, real, and revelatory. Spanning material from throughout the band’s career, the 22-song set features a mix of reimagined classics, unexpected deep cuts, and tracks from their latest studio album, One Lost Day. Backed by the symphony, Amy Ray and Emily Saliers’ voices are both powerful and delicate, their intertwined harmonies riding high on the crest of an emotional tidal wave created by Sean O’Loughlin and Stephen Barber’s dazzling arrangements. The orchestrations are as richly cinematic as a film score (think John Williams rather than J.S. Bach), and the 64-piece symphony wrings every ounce of passion from them, helping to bring the band’s evocative storytelling to more vivid life than ever before.

NPR's Mountain Stage called the group "one of the finest folk duos of all time," while Rolling Stone said they "personify what happens when two distinct sensibilities, voices, and worldviews come together to create something transcendently its own," and The New York Times raved that "gleeful profanities, righteous protest anthems and impeccable folk songwriting have carried this duo for thirty years."